circle time
Originally uploaded by crazymomquilts
I found the quilt I knew I'd seen, (thankfully - was beginning to think I'd imagined it!)

It's by crazymomquilts and I want to make a similar one for the dude. Got some really cute farm animal print material but I'm also thinking it would be cool to do with some car/truck material - just need to find the right material now!
Posted by Biff No comments: Aurora Borealis in Singapore. Turning Night into Day
Originally uploaded by Ragstatic
How lovely is this picture! It's the aurora borealis as seen in Singapore and I've nabbed it from flickr. I'm in need of some calmness and this just looks so fab, like you could step right into the picture.

So that's calm done - getting organised is next on the list!!!!
Posted by Biff No comments:

hate it when you can't find something on the t'interweb that you know you've seen before? I'm trying to find information about a quilt that I saw a while ago - it had a white background with circles appliqued onto it. I KNOW I've seen it, I haven't just made it up but I'll be damned if I can find it tonight.

Need to admit defeat tonight and look again tomorrow - knowing my luck tomorrow I'll find it in about 5 mins (hopefully)!!

All in my attempts in getting organised for Christmas.
Posted by Biff 2 comments:

that's what the inside of my head feels like! I've got a stupid cold again, this time I've been really generous with it and passed it to the Dude too!

We've had a few days out recently. Couple of weeks ago we went down to Strathaven to the Balloon festival. We went down late afternoon to see the 'Glow', which is a display of the balloons lit up at dusk. Unfortuately they didn't fly because it was WAY too windy but they did try to get them upright and lit up with the flares. 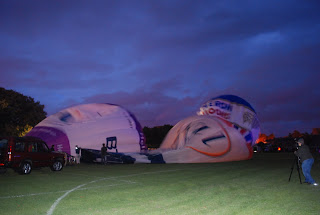 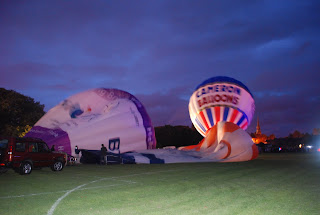 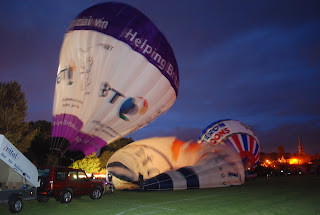 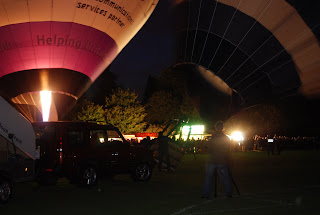 It was really good to watch, it's hard to believe just how windy it was and how difficult it was for the balloons to fill up to become upright. There were about 4/5 HUGE guys on each basket really, really struggling to keep them on the ground.

They sort of did the glow too, but instead of the balloons going up they did a bit of dance with the flares to music. It was really cleverly done and very impressive. Might even consider going next year for a bit longer, as long as the weather right - needs clear skies with ZERO wind. Easy for Scotland then eh!
Posted by Biff No comments: