Seriously it's been 2 weeks since I last posted!  I thought it had only been 1 week so I've managed to lose a week somewhere, that's a bit weird but there you go!

I've been stoopidly busy at work the last few weeks, basically been doing full-time hours when I work part-time and then bringing work home too.  And I'm sure the next week and a half are going to be just as busy as there are at least half our team off on holiday for the next two weeks.  But I'm on holiday from 11 August and it can't come quick enough.

It's not just work that has been keeping me busy though.  I've nearly got myself up to date with my Mystery Quilt.  These are blocks from week 1 to week 5.  I've finished the block from week 6 today but not had the opportunity to take a photo.  And I've just checked Sheila's blog to see what the next is and I've another wee block and some plaits to make. 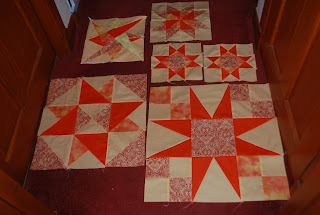 Pedro is off out tonight so once the little man is in bed I'm planning to get tome more done.

Yesterday we took benefit of the lovely weather and had a very nice day out to Blair Drummond Safari Park (and so did most of central Scotland I think).  This was the queue to get into the park. 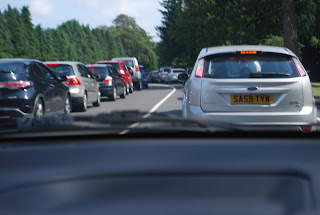 We drove past a very tired lion, he lifted his head up slightly at one point but seemed too hot to be bothered by anyone. 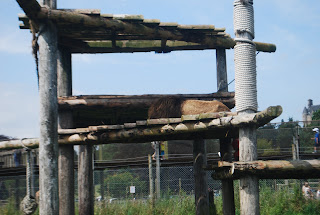 We saw a camel, 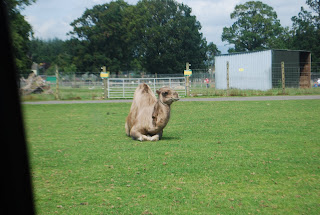 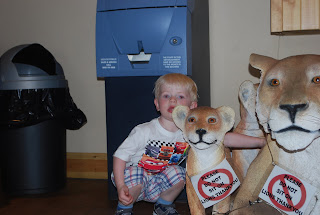 watched the elephants wander about, 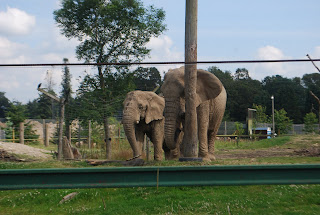 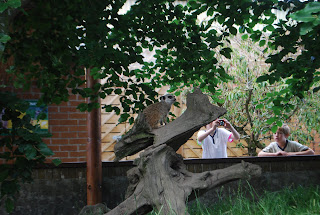 took a photograph of a very posing llama 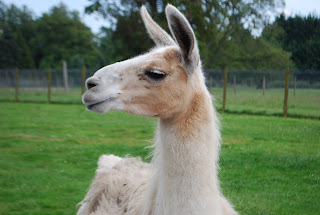 and then Euan stuck his head through here for a photo but decided to instruct "stand back everybody" to people standing at the side waiting their turn!!! 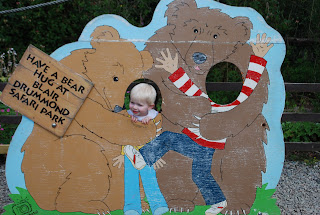 Hi, I'm glad to have found your lovely blog! When I looked for it before something went wrong. Looking forward to following your projects, Janine :)