Today I've been going through my photographs from last year (looking for a specific one for my sister which turned out I took it in 2011, so not last year at all) and I realised there's lots of things I didn't record in my blogging absence.

Some of things we got up to included visiting the Giant Pandas, Tian Tian & Yang Guang at Edinburgh Zoo 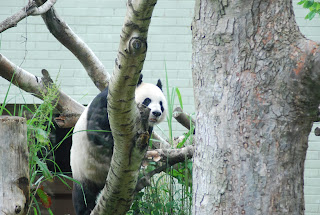 (Tian Tian, the female Panda, not really wanting to seeing anyone) 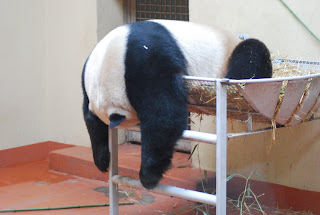 (Yang, Guang, the male, chilling!)
The male Panda was hilarious, this was the most animated he got - hanging over the side of his bed!! 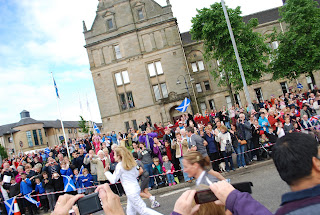 We saw the Olympic torch as it went through our town (it's a rubbish photo - I realised too late I was on the wrong side of the street!)

Euan had a fairly impressive (if I do say so myself!) Pirate birthday cake 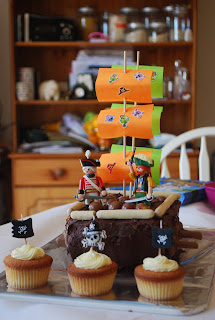 That's all for now!  I'll catch up on what else we got up to another time.
Posted by Biff