Times they are a-changing!

Has it really been a month since I last updated anything?  What a quick month it has been!!  What I have been up to in the last few weeks.

Well the Dude had a birthday, we now have a 4 year old who won't let me call him a baby :( 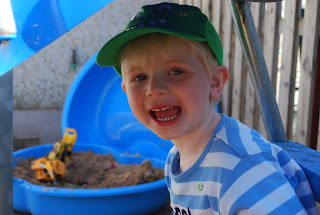 His actual birthday was a Sunday but the festivities basically started on the Friday as he got a new 'big boy' bed which involved a complete rearrangement of his room, so it was sort of like a new room. 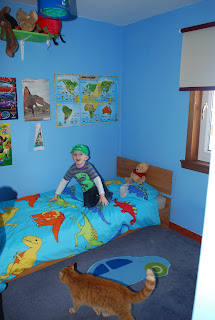 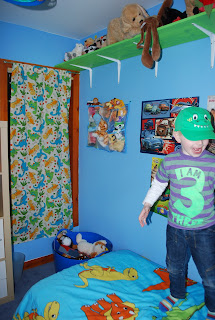 Testing out his new bed for bounciness (goodness only knows how long the mattress will last!!)

Saturday was taken up with a small birthday tea party with family and this year I attempted a Rainbow Cake, really it should have looked something like this but I was happy enough with the results.  I do really, really need to work on my icing skills - fondant icing is not my friend!! 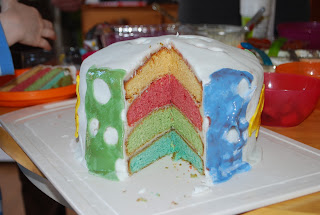 Then on Sunday, the Dude's birthday, he got to choose what to do.  So after opening presents - surprise, surprise he opted for a trip to DeepSea World to see the 'sharks & fishes'.  It was our first proper outing as a family of four!  After seeing all the fish we headed over the Forth to South Queensferry for a meal at Frankie & Benny's or as it's now known, thanks to a slip of 4 year old tongue, 'Funky & Benny's'. 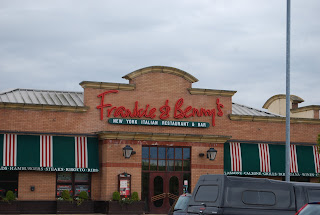 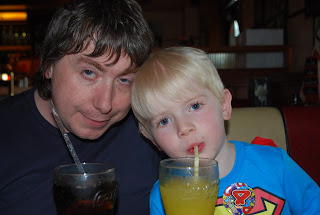 (birthday boy with Daddy - who so hates getting his photo taken) 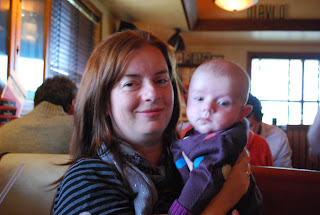 (me and Missy Moo, who wasn't in a very cooperative mood! (& I despise getting my photo taken))
Other than birthday celebrations, both kiddiewinks have had chicken pox - Dude much worse than Little Miss - at least they've had them so (fingers crossed) that should be it over and done with :)

Missy Moo is 15 weeks today :o  She is coming along great guns, started chatting in the last few weeks which is great (not so much at 2.45am but at least she doesn't scream the house down at that time!).  It's great to see how similar she is to how her brother did things but so different at the same time.  She's definitely a happy little soul, my little smiler. 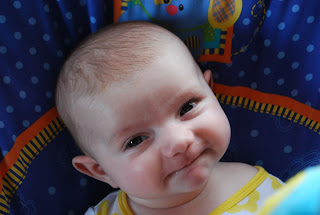 Great times. Four is a good age. And loving that final photo!

What a pair of cuties, Biff! Chook loved Deep Sea World as a little one - that would have been her choice of destination, too!