So the last two weeks have been a bit mentally, crazy. We've painted 2 rooms, moved the dude's bedroom, turned the other 2 bedrooms into proper double bedrooms and gutted the kitchen. It's looking really quite fab though - hard to believe it's our house LOL
An incredibly tidy livingroom - wonder how long it will stay looking like this! 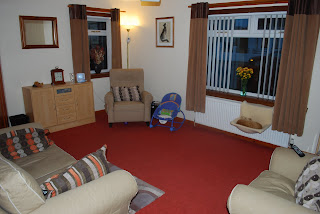 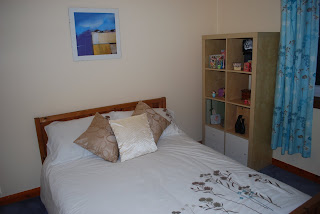 And my favourite room - a grown up looking bedroom. But I've got a wee problem - it's so pretty looking that I don't want to sleep in it because it will get messed up :( 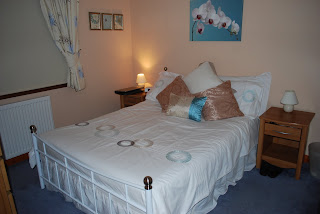 Now we just need to hope that someone else sees it and wants to buy it REALLY, REALLY soon. Then we can buy the house we've seen.
Posted by Biff